Author, poet, playwright, and teacher Andrea Fisher Rowland (1957-2019) spent her childhood years in New Zealand, and thereafter was a Virginia resident for most of her life. She graduated in English from James Madison University, where hers was the first student-written play – entitled “Fancies” – ever presented on the main stage of campus and for which she won the Norman Lear Award for Comedy Playwriting. She earned an MA from the University of Virginia with a concentration in Creative Writing, studying with John Casey and Greg Orr.

She went on to earn a PhD from the University as well, working with Karen Chase and Edgar Shannon. Her dissertation, The Supernatural Muse: Representations of the Creative Impulse in the Fiction of Emily Bronte, Charlotte Bronte, and Charles Dickens, examines the supernatural figures (ghosts, genii, etc.) appearing in those authors’ works. 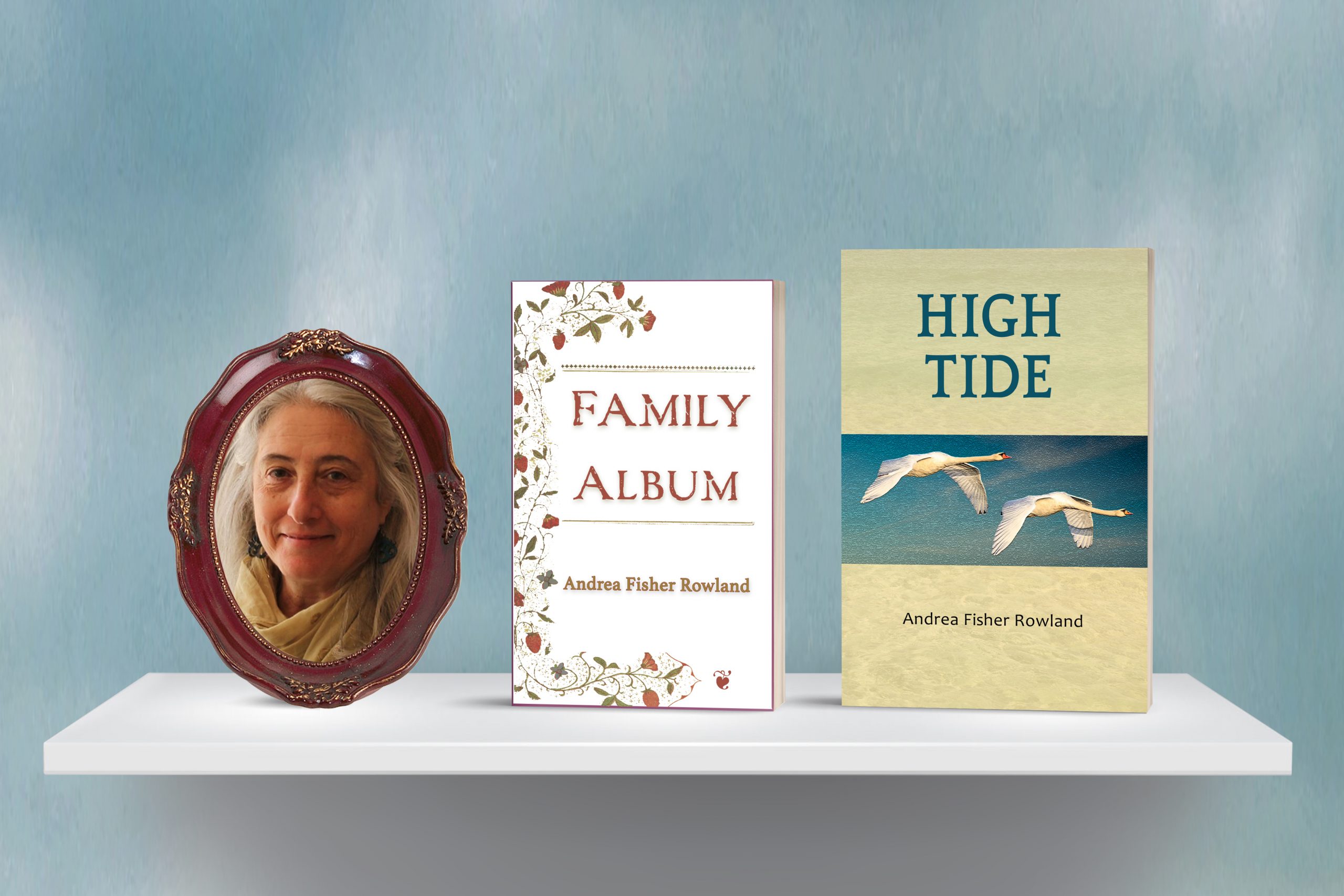 In 2017, an excerpt from High Tide was a finalist in the Virginia Festival of the Book Fiction Contest, and her poem, “These Same Fields,” won the Writer House / Jefferson Madison Regional Library Poetry Competition. Her poem, “Waikato,” was published in Artemis Journal in 2018.

In her final year, Andrea worked closely with Anne Carley to complete two books – the poetry collection, Family Album, and, with Dorene Fisher, the novel, High Tide. After Andrea’s death, Dorene and Anne completed the edits on High Tide. Both of Andrea’s books were published in 2019 under the Chenille Books imprint. 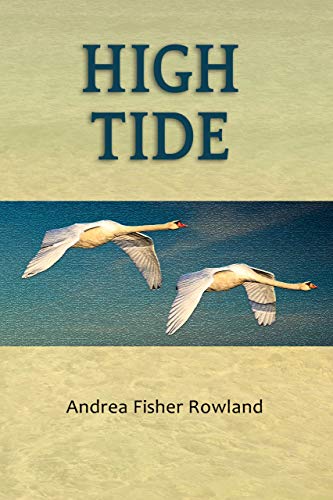 At the Outer Banks, environmental scientist Marika Hansen stands in the ocean and contemplates, with grim satisfaction, the end of the world.

As she muses, migrating swans arrive from the Arctic, only to find that their familiar salt marsh has become a hog wallow— where a confluence of muck, microbes, and chance create a powerful new life form that will invade the beach town of Jasper, North Carolina.

Andrea Fisher Rowland’s High Tide is a novel to be read, savored, and then read again, out loud.

Marika Hansen, a former marine biologist/epidemiologist originally from Denmark, has abandoned a career as a lab scientist and spends most of her time drinking, watching waves, and drawing mysterious maps of the migration of waterfowl and the spread of human diseases. We meet Father Don Cathcart, the disenchanted priest; Lynn Baker, once an aspiring writer, now living in her father Pete’s house and struggling to raise her young son; Lynn’s Aunt Jeanne, a masseuse and mystic; Lynn’s sister, Terry, the local doctor; Kenny Peterson, Lynn’s ex-husband, a car salesman who enjoys fishing and sleeping around; retired English professor Alan Hirsch, a New York City transplant; a bartender, a waitress, an innkeeper and his wife, the mayor, a stray cat, a visiting research scientist, and more. We learn about coastal ecology, migratory birds, pig farming, microbes, and weather patterns. Most of all, we remind ourselves of the power of love.

A haunting novel about a mysterious virus that begins to strike the Eastern Seaboard of the US. Not a disaster novel, but a moving portrait of souls adrift. It is more timely than ever in this current pandemic.

Order from Bookshop or Amazon 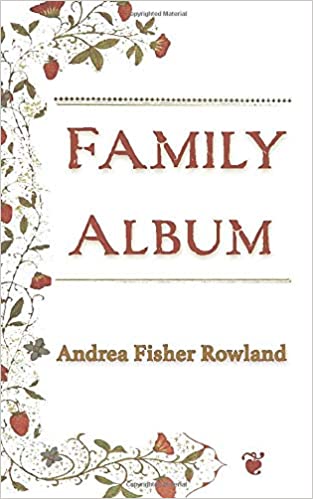 Most impressive is the achieved quietness of the collection, one that maintains composure, dignity, and perspective in the face of many complexities.

The book’s first section, Home Song, explores close relationships with loved ones. The second portion, Relativity, expands the view from the intimate to the universal, encompassing the poet’s first glimpse – with her sister – of a black swan in New Zealand and our collective dance to the music of the spheres.

Like a good friend, sharing her heart and hope, Andrea’s poems sneak up on me with their clear-eyed, yet beautifully written way of seeing the world. From “something left to be free of” to maintaining “one’s social position when falling, however, slowly….” I know I’ll return again and again to this lovely collection.