Get Yourself Ready for Nano 2022

Last fall I did my first-ever NaNoWriMo and I wrote about the experience here and here. I’m going to do it again this year. This is a pre-Nano blog for those considering participating. I’m already looking forward to November, and the anticipation is building. 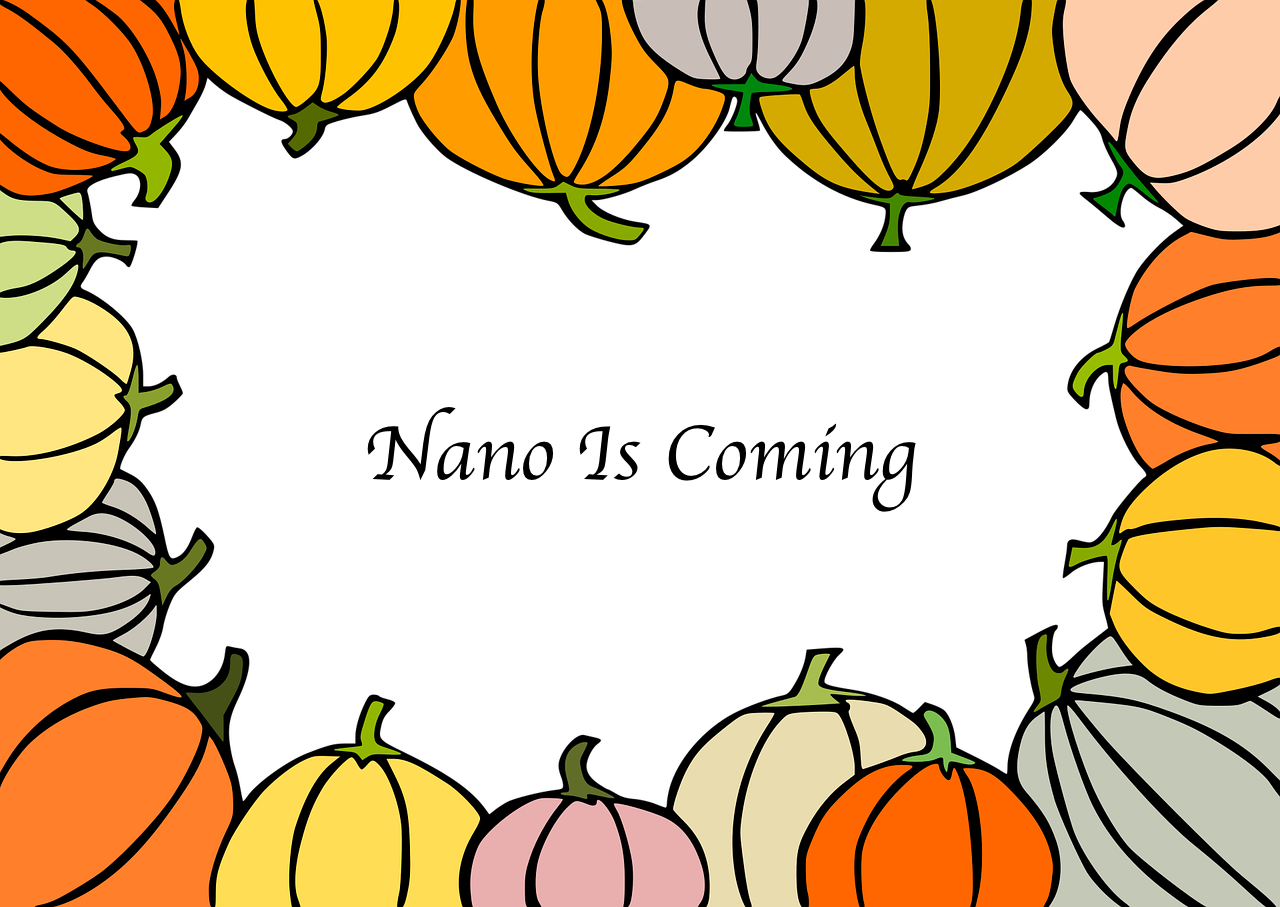 This is an early-warning blog.

Nano happens every year during the month of November. This means that mid-September – now – is a really good time to make some plans, if you want to do Nano in six weeks or so. Because if you’ve gotten to the first of November, and you’re doing Nano, Nano is going to be taking over your life for 30 days. Planning for Nano won’t have room to happen, at that point.

Over its 20-plus year history, National Novel Writing Month has offered support and guidance for writers who agree to devote 30 days to cranking out an average of 1,667 words per day, for a total of 50K words of a fiction manuscript by the end of November. Completed, polished novels tend to be longer than 50K words. And Nano-generated manuscripts are almost universally exceedingly rough drafts. Nonetheless, producing that many words in that little time adds up to a real accomplishment and leaves the writer with a satisfying sense of momentum. It’s more possible to keep at it and complete and polish the draft, once you’ve begun with such a sustained blast of energy.

Most books drafted during Nano don’t get accepted by big-five publishers. And that’s not the point, anyway. Nano is about writing a lot of words in a compressed period of time, in community. The nonprofit’s homepage boasts over 350,000 novels completed, and nearly 800,000 active novelists.

The Nano website has a Nano Prep 101 page devoted to preparing writers for November. The six-week program begins on Monday 19 September, the first week devoted to the new novel’s story idea. The next three weeks cover character development, plot, and world building.

The final two pre-Nano weeks are for logistics – planning how you’ll actually get the work done. Week 5 offers a checklist of ways to prearrange for a month devoted to writing, with everything from cooking and cleaning ahead to letting friends and colleagues know that you may be unavailable socially. Week 6 includes a quiz, What’s the Best Writing Schedule for You?, designed to help you plan your writing time – it even offers to enter your recommended schedule into Google calendar for you. One of the suggested support tools is a guide for US voters to make sure Nano doesn’t interfere with voting in the 9 November elections.

I tried my hand at the quiz, and my result looks pretty good. It recommends that I allocate two 40-minute writing sessions on weekdays (800 words/weekday) and fit six hours of writing in over the weekend (8,500 words/weekend) as I choose. Yep, the math works out. 12,500 words per week comes to 50,000 words in four weeks. I like that the quiz takes into account the possibility of averaging – not requiring – the 1,667 words per day. Last year I tried to badger myself into getting that number every day, and I was unhappy that life didn’t cooperate. I think allowing for different schedules on weekdays and weekends will feel better.

For those writers in the US who celebrate the national Thanksgiving holiday – this year it’s on Thursday 24 November – it’s especially helpful to remember that part about average word count. Stockpile some extra words beforehand, and expect to make up the balance during the long holiday weekend.

Face-to-face community is sometimes available through local writing centers. Check yours to see what’s happening, and whether pandemic guidelines have changed. Community is online all the time. Throughout, the Nano Prep 101 webpage offers discussion forums for adults and for young people, along with links to targeted support articles and videos for each of the six topics during the weeks of prep. 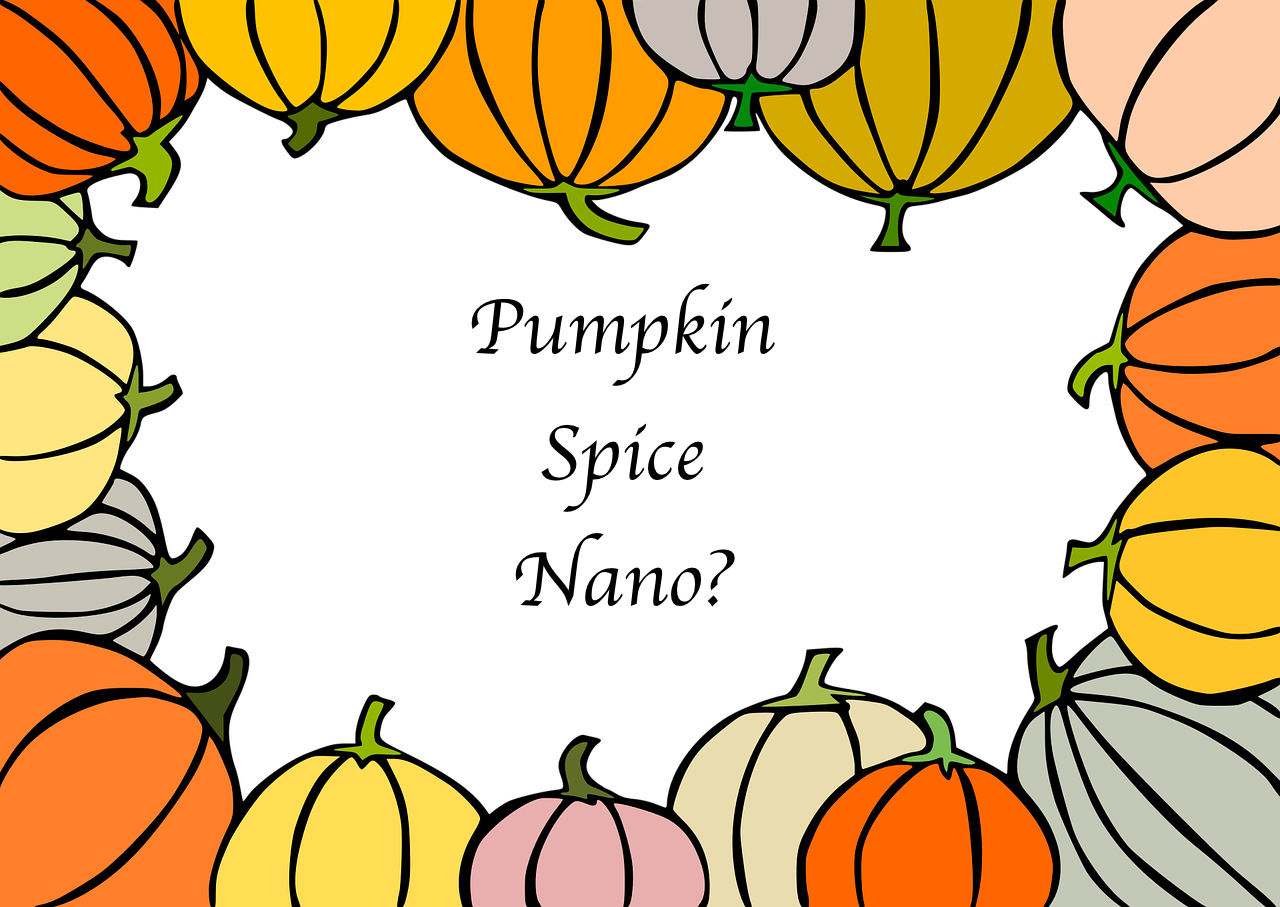 In case you find yourself struggling, the Nano website also includes an extensive library of Pep Talks – including reassurance – “the choices you make will be the right choices” – from Roxane Gay; a contrarian screed –  “Struggling with your novel? … You should probably give up.” – from Lemony Snicket; encouragement – “Set the habit. … Go get ’em.” – from Anne Lamott, and small steps – “dig now, sculpt later!” – from Emily X.R. Pan.

Nano’s annual energy surge is available to writers of many stripes. You don’t have to be starting a novel (and you don’t even need to be a novelist). This year, I’m going to use the Nano momentum and sense of shared purpose to make more progress on a novel that I have already begun. Others use Nano as a boost for other kinds of writing projects. If that sounds like a fun challenge to you, I encourage you to start thinking about how you want to approach it. Here’s to a great November! Please let me know how it goes. 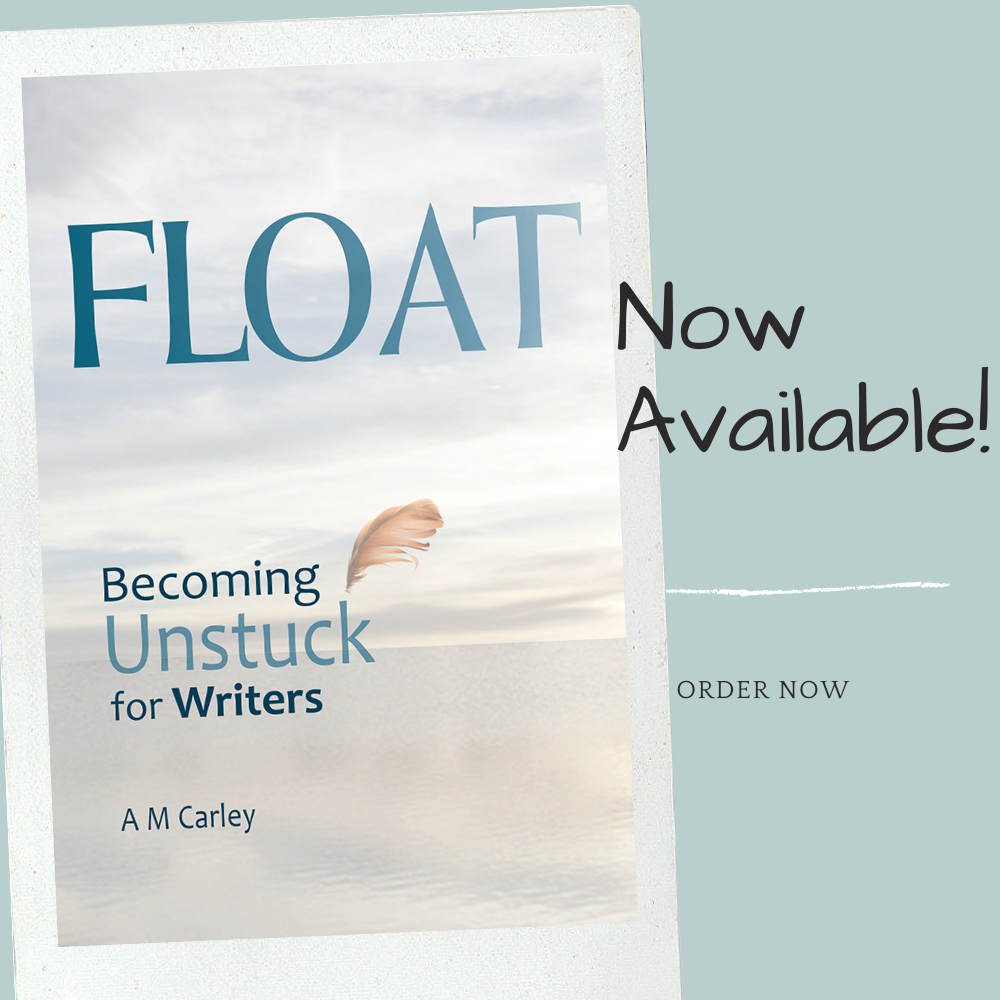 Feeling stuck? Find more than eighty paths toward #becomingunstuck in my handbook, FLOAT • Becoming Unstuck for Writers available in paperback from Bookshop and Amazon, and in ebook from these vendors as well as Amazon.