After Nano: Mission Creep and Takeaways

What happened with Nanowrimo? I told you in November that I was participating for the first time in National Novel Writing Month.

I didn’t expect to get Nano’s goal of 50,000 words drafted on the new novel. Accordingly, I produced less than half that number. That was fine with me. What I did accomplish was meaningful.

My inner editor and I have a satisfactory working relationship. The editor pipes up, helpfully, and I consider and often accept the input. It doesn’t slow me down or become adversarial. However, giving the editor voice right at the beginning of a new, long project felt wrong to me. In the last few days of October, as I hastily prepared to commit November to a focused campaign on the new manuscript, it occurred to me to try a new approach. I gave myself permission to spew. I’m not in the habit of spewing while wearing my writing hat. I spew a lot, when I’m journaling – in fact that’s one of the beauties of the practice. I’ll write down any old words, sometimes before I even realize what I’m doing. My hand will be forming characters and words and sentences on the page ahead of my awareness. I enjoy that about journaling.

By contrast, when I’m writing – focused on a specific project – I find that I benefit from my editor’s real-time input. Like a helpful plugin for a powerful desktop app, the editor streamlines my work. So dismissing the editor felt like a departure. It was a risk I was comfortable taking – in fact, I looked forward to seeing how it would feel.

Turns out I loved the experience. Words flowed and errors remained unfixed. Taking the advice of the Nano veterans I’d consulted, I didn’t even look back at previous days’ work before picking up where I’d left off.

A friend suggested I prepare a list of scenes and themes to include in the project, and that list came in handy. When the well I was drawing from got a bit muddy, I’d insert a page break in the document, consult my list, and start something new inspired by one of the scenes I had contemplated beforehand. As new ideas came to me, I added them to my scenes list. This way, I didn’t run out of things to write about over the course of the month. When I was away from the computer and got an idea to add, I’d type it into the list the first chance I got.

I noted word count at the end of each writing session, to give myself a sense of how much ground I had covered. I decided not to berate myself if I didn’t produce the required daily average of 1,667 words. Some days produced more, and some fewer. For me, Nano was an experiment in concentrated daily writing for a single purpose over a period of 30 days.

Then, more than halfway through the month, I decided to expand my scope of work. It would no longer be a single-purpose writing extravaganza. This was a hazard, I realized, and might dilute the good momentum I had developed. But I trusted the impulse – it felt useful and valuable. Maybe it was the change of scenery. 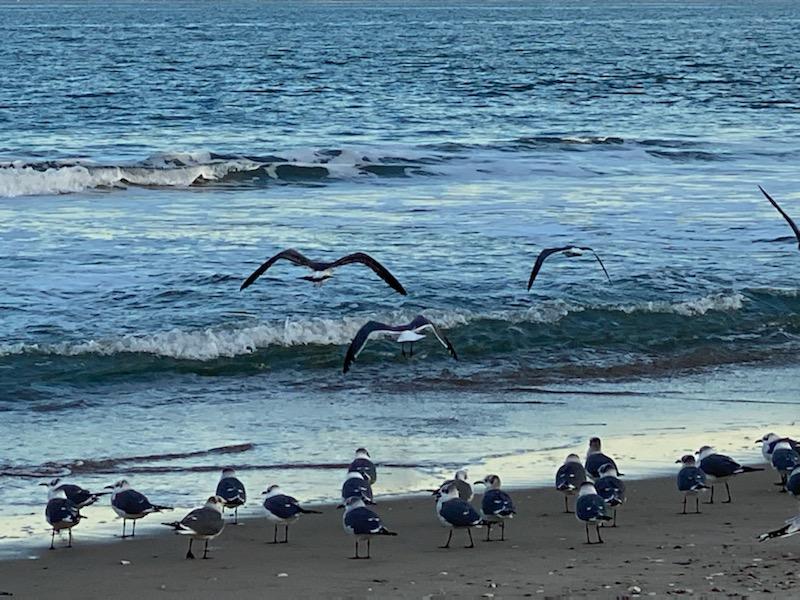 For the first time in two years, since well before the pandemic disrupted everything in March 2020, I traveled. I’d been given the chance to stay at a lovely house in the Outer Banks of North Carolina. Client projects were manageable, after two back-to-back book launches the previous month, so the planets were aligned. I packed up the food, supplies, equipment, and clothing I’d need for ten days at the beach and headed southeast, to spend the end of November near the ocean. I had the provisions I needed and miles of sand to walk, at the edge of the Atlantic where the seabirds outnumbered the humans by a thousand to one.

Ensconced in my retreat, I opened up the manuscript of another project – a completed novel. I’d been making another round of revisions bit by bit for several months, and the writing energy I’d been accumulating on the new project happily jumped over to help me complete revisions on the old one. Worried that I might feel disloyal to the new project, instead I felt gratified that I was making hay while the sun shone. Taking a break from the new project for a few days refreshed me so I returned to it with enthusiasm and kept going.

Having successfully expanded from one project – the new novel – to two – revising the old one and also developing the new one, I might have kept going that way. But, in what felt like a miraculous surge of energy, I decided to add a third component to my sequestered writing month.

With trepidation, using the surge of excitement fueled by daily writing plus revisions, I turned my attention to querying literary agents. I overcame my longtime resistance, and focused a lot of attention on a query letter for one particular agent who looked like a good fit. I figured I’d be able to recycle most of the letter for more queries, changing the parts according to each agent’s wants and dislikes, as needed. And I hauled out my draft of a synopsis, aggregated some good advice from authorities on the topic, and polished it until it radiated wonderfulness. Or at least it told a story. It’s hard to boil down a novel to such a bare-bones overview, and it was a useful exercise. (In fact, for the new novel project, I’ve already begun its synopsis.)

Not only did I send the query out to that first agent, I set up a simple spreadsheet for query tracking and logged in other agents and their details. The system is working and I’m continuing to use it.

Please know that, as a newbie, my advice on the topic will be tentative and specific.

If you’re the outlining type, by all means take the time in September and October to prepare and refine your outline as much as possible. I’d imagine that the 1,667 words a day might be more doable, with a comprehensive outline in hand.

If, like me, you’re a pantser, preparation will still be very helpful. I benefited greatly from that list of scenes and themes my friend suggested I make. Another time, I’d work more on that list, allowing a month or two before November to get my act together, unhurried. 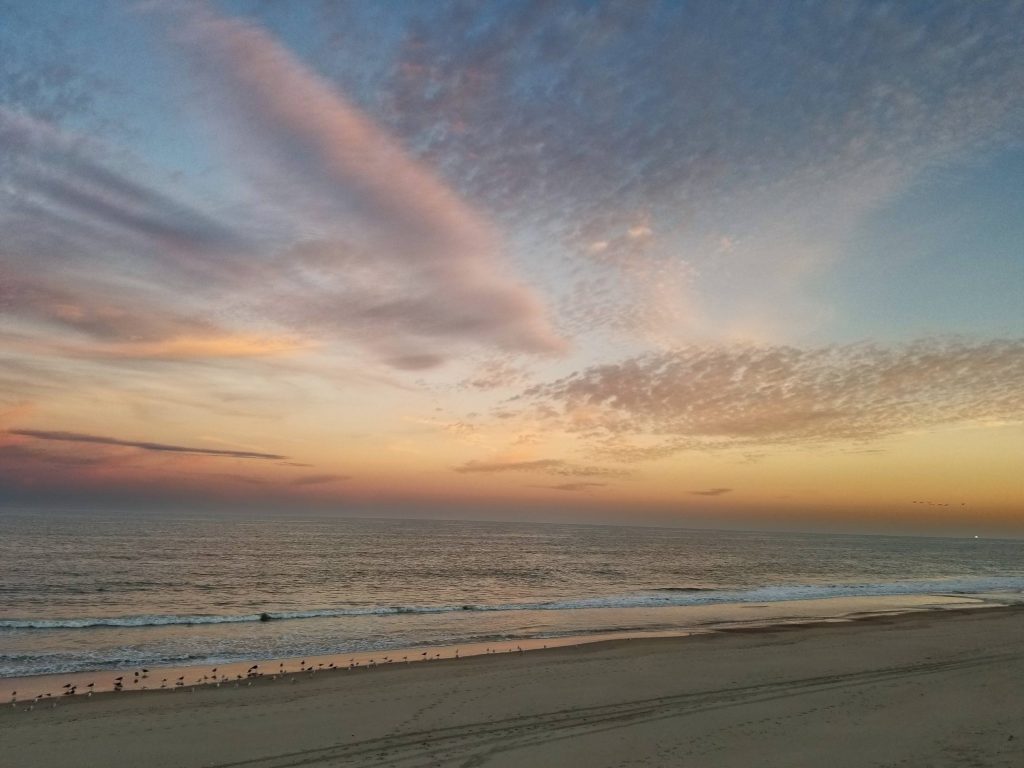 Remember it’s a longer process. Whether you generate 50K words in one month or far fewer, there will still be plenty of work to come before you have a polished draft. Knowing that actually relaxed me. I wasn’t pushing myself for more than I could produce. And I accepted that the main purpose for me of Nano November was to devote daily purposeful time to my longer term writing goals.

For me, Nano 2021 was a success. Did you engage with it too? Was it worth your while?